SFWA has posted the final ballot for the Nebula Awards. Lots of familiar names on the ballot, but a huge shoutout to Eugie Foster and Jason Sanford for upholding the Interzone flag–and to sometimes contribs Will McIntosh and Rachel Swisky for making the cut, too. I’m so glad that not only are Interzone stories eligible this year, but also that we have two of them on the ballot (strictly speaking, Eugie’s story would have been eligible by virtue of publication in Apex, but still).

The only one of those four I haven’t had a chance to read is Bridesicle, but the other three stories are definitely well worth a read (“Sinner, Baker, Fabulist, Priest; Red Mask, Black Mask, Gentleman, Beast” in particular is fabulous). 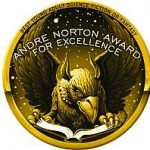 I’ve just confirmed this with the SFWA Awards Rule Committee: Interzone and Black Static stories are eligible for the Nebulas, by virtue of their electronic publication through Fictionwise. So any magazine issue that was uploaded to Fictionwise during the nomination period is eligible.

So, if you’ve always wanted to nominate cool stuff like Sarah L. Edwards’ poignant “Lady of the White-Spired City” (IZ 222), Al Robertson’s beautiful “Fishermen” (IZ 221), or Jeff Spock’s hilarious “Everything that Matters” (IZ 219), now’s the time to go ahead and nominate!

I believe this makes issues 217 to 225 eligible for nominations.

I don’t often ask for this, but could y’all spread the word over the Internet? Obviously, it’s not widespread knowledge yet…