So, here’s the bonus question: our mah-jong game (a gift from my grandma, bought in Vietnam) came with 16 extra tiles. We have 152 normal tiles (4 copies of the three sets+dragons+winds, and 4 seasons and 4 flowers). From googling things up on the next, we think that the extra tiles we can’t identify are Vietnamese jokers (this site and this site both describe the Vietnamese mah jong variant as having 16 jokers, which can replace a variety of tiles, from the “Emperor” who can replace pretty much anything, to the “Dragon Lady” who can replace any dragon, and so on). However, to start with, those two websites don’t agree on which tile is which! Also, neither of them has the full set of our tiles… 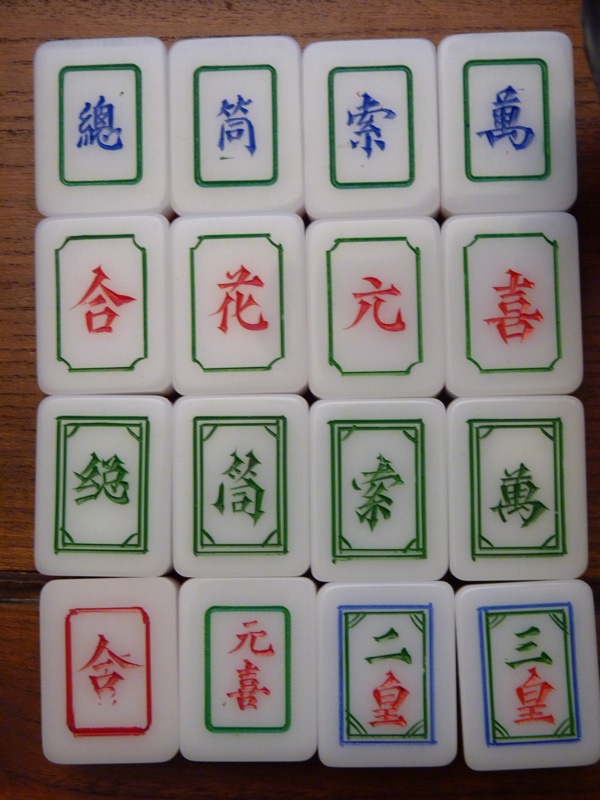