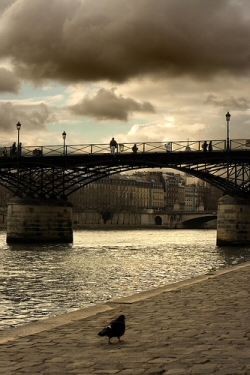 Aliette de Bodard was born in the US, but grew up in France (in the gorgeous city of Paris, to be precise). Although French is her mother tongue, her parents insisted early on that she learn to speak English.

She first discovered SF through the works of Isaac Asimov, and then moved to fantasy when she happened upon a copy of Ursula Le Guin’s “The Earthsea Quartet”, which today remains one of her favorite books in the genre. She decided to write when her family moved to London for a few years: she found a copy of Orson Scott Card’s “How to Write Fantasy and Science Fiction”, which first made her realise that she could try her hand at writing.

She is an alumni of Saint-Louis de Gonzague (Paris), Lycée Français Charles de Gaulle (London), and studied in Lycée Louis le Grand (Paris), in a classe préparatoire, a prep course for the competitive exams which would enable her to enter an engineering school. After two years of intensive classes, Aliette was admitted into Ecole Polytechnique, one of France’s top engineering schools. During her class préparatoire, she started writing regularly, which enabled her to find a distraction from science. She completed two novels during her studies.

Halfway through Ecole Polytechnique, she started writing short stories instead of novels, in order to improve faster–and went on writing those after she graduated.

In June 2006, Aliette attended Orson Scott Card’s Literary Bootcamp, which enabled her to sharpen her skills, as well as come back with a wealth of information about the craft and the business of writing.

Her writing took off after she got picked out of Interzone‘s slushpile by the inimitable Jetse de Vries; this marked the beginning of a growing number of sales, out of which several were made to semi-professional or professional markets. She was able to join SFWA as an Active Member in 2008, and became a finalist for the John W. Campbell Award for Best New Writer in 2009, narrowly losing to David Anthony Durham.

She is the author of the Hugo-award-nominated series The Universe of Xuya, set in a galactic empire of Vietnamese inspiration, where scholars administrate planets and sentient spaceships are parts of families. She also wrote the Dominion of the Fallen series, set in an alternate Paris devastated by a magical war, which comprises The House of Shattered Wings (2015 British Science Fiction Award and Locus Award finalist), The House of Binding Thorns (2017 European Science Fiction Association Achievement Award, Locus Award finalist), and the forthcoming The House of Sundering Flames. The first two are out from Gollancz (UK/Commonwealth) and Ace/Roc (US), the third one will be out from Gollancz in July 2019.

Aliette lives in Paris with her family, in a flat with more computers than she really needs, and a bunch of Lovecraftian plants that are steadily taking over the living room.

Click here for a bio in varying lengths and downloadable author photos.

Aliette is a proud member of Written in Blood, a writing group founded by Clarion Alumnus Dario Ciriello in 2007. Since Written in Blood’s inception, several members of the group have gone on to sign book deals, break into professional print, and/or be nominated for awards such as the Sidewise Awards. 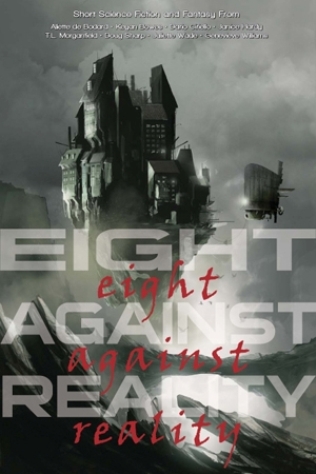 The anthology “Eight Against Reality”, featuring writing from the Written In Blood members, was published in October 2009 by Panverse Publishing.

(NB: WiB is a closed, invitation-only group and is not accepting new members)