(with thanks to Brian Dolton, for sparking this one off) 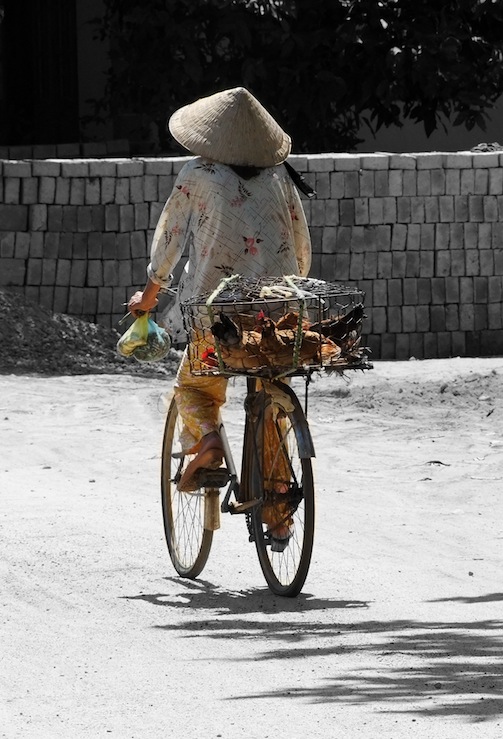 The above is something that I’ve often heard quoted when speaking of “writing the Other” [1]. And I’ve been struggling with it ever since I heard it; because it rings fishy to me. And yet there’s nothing intrinsically wrong with it; and indeed, much that is right. Of course we’re all human beings. We’re born and we live and we age and we die. We love and we care and we hate and we fear. We have parents and grandparents and some sort of family; and a non-insignificant bunch of us will have friends and children and partners. There’s a whole spectrum of experiences and emotions that we share on what, for want of a better word, I think of as the human continuum. And, given that a few centuries ago people of a different colour or gender or creed were thought of as no better than beasts, I’m certainly not going to complain at the impulse to declare us all part of the same species.

At the same time… I think the main problem I have with the above sentences is that they’re too reductive: they go straight to what they see as “the essential”, and forget that our lives are often made up of many large and small details, of a mosaic of beliefs and cultural mores which comes from the environment we’ve been raised in, the society we’ve moving in, the subcultures we’re members of, the people we frequent… Yeah, we’re all the same deep down, but, broadly speaking, life in Hồ Chí Minh City follows very different rhythms from life in Paris; and the social structure and attitudes can also be very different [2]. Similarly, of course French politics are like US politics, but for a matter of degree; but that doesn’t get across the way that those two are fundamentally un-alike, and the myriad differences that make French politics characteristics of France.

Of course there’s nothing like “French-ness”, or “Black-ness”, or “Asian-ness”–and of course you don’t want characters who are walking stereotypes (personally, if I see one more Eastern mystical master, or one more Asian family obsessed with school grades and arranged marriages, I’ll hit someone). But the reverse approach, the one that advocates that “we’re all the same deep down”, is a bit like globalisation to me: instead of being a vibrant celebration of what makes us different, globalisation tends to smooth everything into an over-arching culture (which is a mix of European/US cultural mores, to oversimplify). Or like “universal stories”, which so often tend to be the Hollywood variety (rather than, say, the Bollywood or Nollywood one, to take just two examples).

This approach assumes that everyone in every country wants the same things: which might the case if you go deep enough, but is intensely problematic if you stop, say, at tastes in food, or beauty standards, or cultural values. And, like globalisation, the “we’re all the same” approach tends to lead to characters who might feel powerfully individual, but who basically remain 21st-Century US/European people in costume with a few “exotic” [3] words thrown in: it makes a mockery of all that makes us different.

In other words, saying “everyone is the same deep down” carries the risk of being boiled down to “everyone is like me”, and that in turn can lead to thinking everyone has the same beliefs and culture as you do, aka imposing your own thought processes on others at the expense of their own.

So, yeah. We’re all the same deep down. Except for a matter of degree. But degree is a huge thing.

This isn’t my most articulate post. I’m fully aware that I’m struggling to pinpoint why I disagree with the above assumptions; and I’m not entirely sure I succeeded in putting my thoughts down on, er, blog electrons. I guess it broadly boils to a matter of balance between two ends of the same problem: characters as walking stereotypes, and characters as entirely similar to the writer or the assumed majority audience (both stemming from an incomprehension of difference, and to some extent for me, a tolerance fail). Am I making sense to you? What do you think?

[1]I also have issues with this expression, but I’m going to stick to one problematic assertion per blog post…
[2]They can also be eerily similar in some respects; and yes, they’re going to hugely depend on who you are and where you live in both cities. But my point is that they don’t coincide 100%, or even 90%. There’s overlap, but no equivalence (yes, I’m a maths geek 🙂 )
[3]”exotic” is another of those words that makes me want to hit something, just in case you have a doubt. Especially when it’s applied to food I happen to have eaten and enjoyed since childhood.