Aka, the nativity scene and the Christmas tree. I never feel this is official until the actual Christmas tree is put up, even though we’ve been in the Advent for a while.

(pictures behind the cut, including my rather unorthodox nativity scene…) 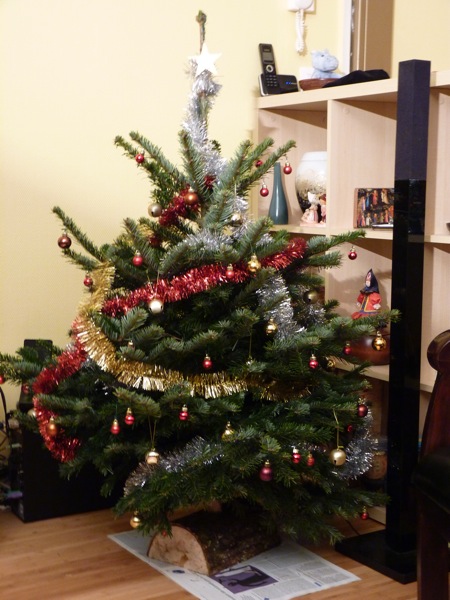 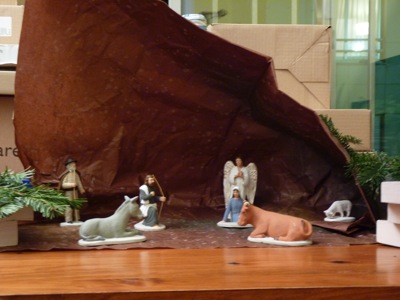 We have a small tree (it’s a small flat :-p). The crib is done with “crib paper”, which is basically coloured paper that can be crumpled multiple times; and I usually wedge it flat with a couple dictionaries. This year, though, there were no dictionaries, but… 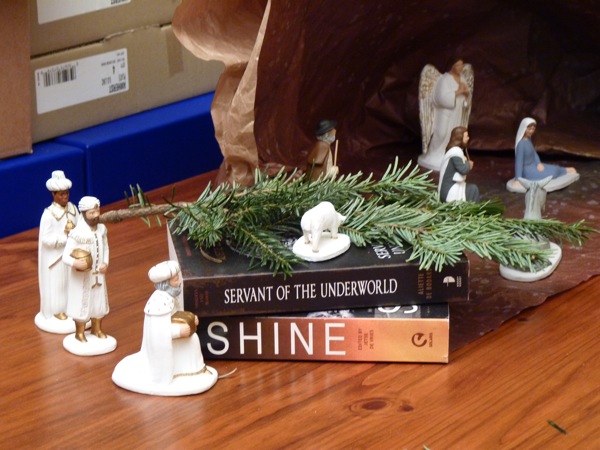 Yep, that’s right. There was a spare box of books lying around, with a couple of mine *grin*. The Three Magi are outside the scene because they’re not there yet (and Baby Jesus is also not put in until midnight on the 24th of December). So, basically, they’re going round the “underworld” rock before getting there. 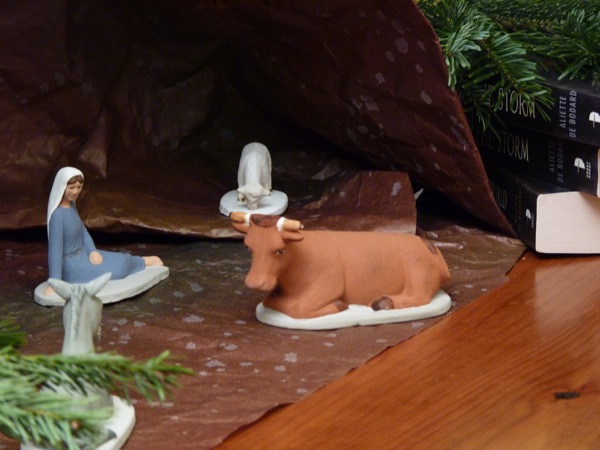 A detail of the crib characters (the santons). One of the reasons we picked those over other choices was that the Virgin Mary isn’t standing up, but is resting, and we both felt this was a more realistic position for someone who’s just finished labour.

I wish we had more space for putting in more characters, but, as said before, small flats are really not conducive to bigger set-ups…

And, in other news, I have finished my Christmas shopping. This is going to be a very restful December.