There will definitely be an Imaginales report (I even sent the H with the camera to take pictures of the setup, which is unusual by Anglophone con standards), but right now I’m way too tired… So instead, I’ll just scream from the rooftops that my book is out in France (in all good bookstores, can be ordered, yadda yadda. You know the drill 🙂 )

It’s kind of odd that this feels more real than the English publication; most likely because I can see it on shelves near my workplace, and hand it to friends and family who don’t happen to speak English. With the English version, all I could do was watch amazon, and the odd English-language bookstore in Paris. Not quite the same, somehow… 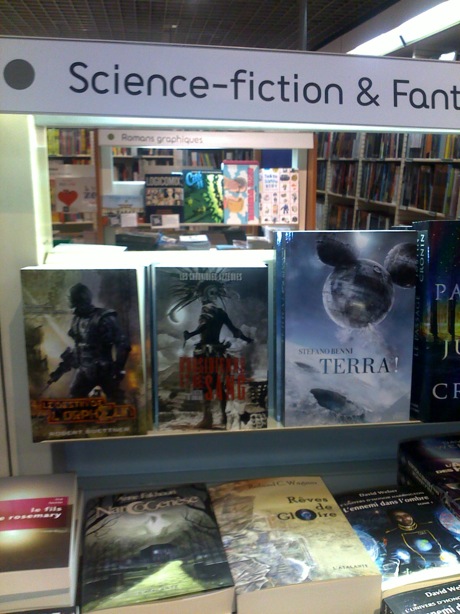 On bookshelves at my local bookstore 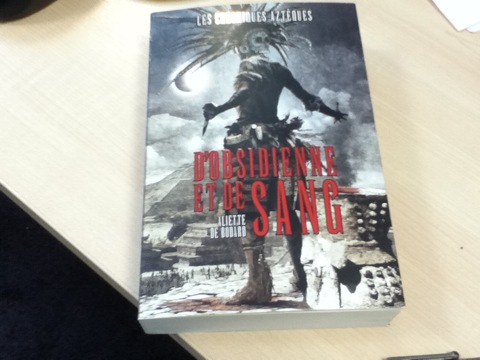 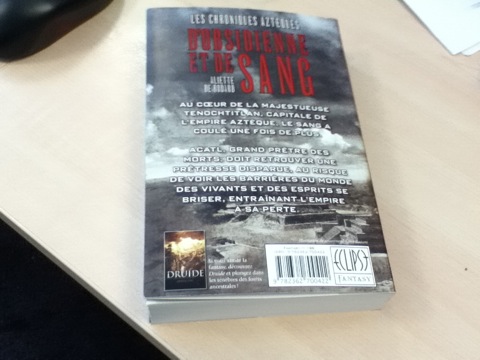 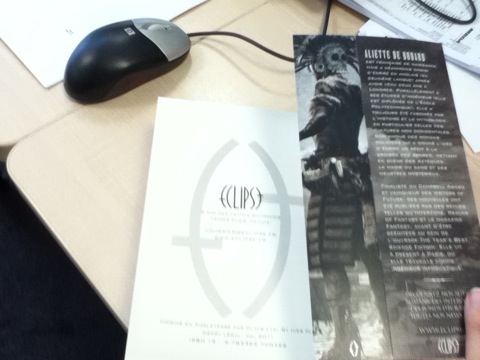 The book itself, with the included detachable bookmark at the end.