[I’ve had this blog post in the queue for a bit, but was never in a position to publish it because I was too busy dealing with a zillion other things.
In case anyone is wondering, it’s definitely NOT related to my two-week stay in the US (which was stupendous), but rather to an over-consumption of Hollywood movies and particularly horrendous US books that dates back to before Worldcon]

OK, I apologise in advance: this is going to be a bit of a rant. It’s going to be reductive, like all rants; ie it’s going to have a number of sweeping pronouncements that do not apply to individuals or individual groups. But… 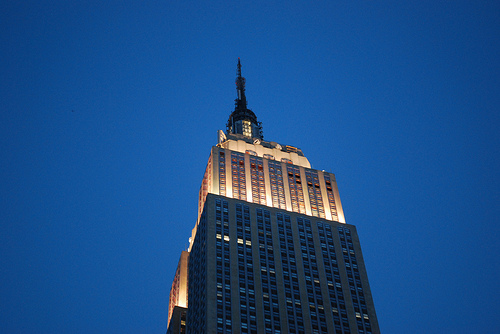 In short, I’m tired of being invaded by US culture. I’m tired of US tropes being cited as the norm (even when it’s obvious that the rest of the world doesn’t follow such tropes), of bookshelves featuring translations from US writers and movies following standard Hollywood fare–of the one-way street which means the US sets the tune for the rest of the world, and that anything that looks remotely worthy from non-US countries is given a local remake for those who can’t stand to watch dubbed or subtitled movies (guess what–we watch dubbed/subtitled US movies all the time in France). I’m tired of the way US culture and tropes have so pervaded popular culture that we no longer even question them, or even recognise them–and, worse, that people outside the US are actively aping them in search of the so-called “universal stories” [1].

And before you ask, yes, I know those are tropes, and I know that not *all* US books/movies/series follow them, just like not all French books feature, say, bumbling bosses or people going on strike–and that not all groups or minorities in the US agree with those tropes. I’m just commenting on something that, for good or evil, the US has managed to export abroad (thank you, Hollywood) and therefore is the perception of US storytelling from my window, and the window of a great deal many people in the world.

I’m tired of plots that value individualism and egotism above all else; of heroes that always have to be the masters of their own fates, to be active and not take anything that life deals at them lying down (whereas most of the time, we lie down, we accept, we deal with what we have been given); of heroes that have to be strong and only take marginal help from others to solve their own problems; of heroes that have a destiny, and of movies and books in which breaking up with all traditions is good so long as one finds and follow one’s own path (there are a lot of cultures where breaking up with traditions isn’t necessarily a good thing, and no, this doesn’t mean that they’re evil and backward). I’m tired of how genre(s) put(s) a disproportionate value on heroes who are active and not passive (and, by extension, belittles and dismisses every use of passive voice, and always asks for sentences to be frenetically punchy); of how the most important thing that can happen to a person is to be “given their own story”, as stories weren’t made up of a mosaic of people all interacting together; of how teams exist only either as a background and foil for a single hero, or as a compendium of individuals, each fighting to be outdo each other in stupid displays of heroism (yes, X-men, I’m looking at you).

I’m tired of the casual acceptance of violence as a valid answer to anything, of the proliferation of guns in movies and books, of how it’s always acceptable to go face the bad guys with a sword or a pistol instead of seeking a peaceful resolve. I am sick of the redefinition of narrative as violence, of how everything has to be a conflict in order to be valid–even to the point of defining conflict “against yourself”, which contributes to trivialising the use of the word “conflict”, not to mention twist it far beyond its original meaning. I don’t want my stories to be only about blowing things up, or about good guys facing off bad guys, and dispatching them while stubbornly refusing to think about the ethics of killing, and the fact that the world seldom comes in black-and-white. I want violence to have consequences, both for those who have recourse to it, and for its victims; not to be something you can shrug off in the morning as if it never happened.

I don’t want stories in which the main character has to be sympathetic and with the moral high ground [2] in order to be worthwhile; in which people have to change in order for the plot to be significant; in which women exist only to be sidelined or as surrogate men. I don’t want stories that can be described in neat little boxes, or novels which can be reduced to a high concept and a series of story arcs (and, especially, I don’t want to hear about the Hero’s Journey, or the Three-Act Plot, or the Thirty-Six or Fifty-Five Basic Plots as if they were all some kinds of Holy Gospel). I want novels which can be complex and organic like life itself, and which don’t have to be neatly pigeon-holed in order to be read and enjoyed.

Also, I am tired of people assuming that US notions of racism and class apply everywhere in the world, including in Europe [3]; that minorities from the US are equivalent to and in the same situation as people from non-Western countries; that it’s always better morally speaking to say things bluntly, as long as they are truthful and heartfelt (where I come from–both sets of cultures–if you do that, you’re a lout and a boor. I was taught to always be graceful–which doesn’t mean you can’t be pointed and/or truthful when the situation calls for it. Sarcasm and pointed allusions are always part of my repertoire, and unless the person facing me is really thick, they’ll get that I’m annoyed/hurt/angry).

And, finally, here’s a bevy of tropes that are NOT universal:
-Serial killers obsessed with killing young women in titillating ways. Sorry, nope. That’s Ted Bundy legacy. Our most infamous French serial killers prayed on old women and killed for money.
-Superheroes. Seriously. Those people forming justice leagues and trying to save the world by battling supervillains? They’re a quintessential US trope, and no amount of retconning local figures such as Adèle Blanc-Sec into the framework is going to erase that fact. And yes, there are superheroes elsewhere, and some terrific stories involving them, but remember what I said about tropes being adopted abroad?
-US people coming to a foreign country and being more talented than the locals at solving their own problems (I’d cite books, but there are way too many of those). Bonus points in sarcasm if the book or movie completely fails to get the local culture right (again, I’d cite books, but way too many of those. We can start with how Dan Brown messed up Parisian geography in The Da Vinci code, and work up from there).
-Plots featuring America as the centre of the world, where aliens land near LA–and decisions are made in NYC for the entire world. Speaks for itself…

There is more, but I think I’ve ranted enough. Feel free to comment (but do play by the rules of civility). I will be around, but I’m a. moving flats and b. trying to focus on my writing at the moment, which means I might also be lagging a little behind…

[1]I’m not saying that the use of all those tropes equals crap stories–there are some very good stories out there that make use of them. I just want to point out that they’re hardly universal, and I’m personally in favour of other local tropes being used, rather than copying stuff from the US.
[2] Especially since “moral high ground” has different values for different people (I don’t think it’s bad to make the best of a bad situation, for instance, but there’s a subset of US tropes that think it’s far better to die while attempting to change said situation)
[3] Don’t mistake me. There is plenty of racism in France and in Europe. It just doesn’t follow the same fracture lines as in the US, and class is very much a bigger factor in France or in Europe than it is in the US. Also (and unlike the US), French racism hasn’t been so heavily shaped by discrimination against people of colour (we have racism against Eastern Europeans and Southern Europeans–and our latest wave of racism is against Maghrebi, all of which are considered White by US standards), so the whole White/PoC dichotomy is just… not applicable as is where I live?
And finally, at least in France, ethnic identities are just not as strong as in the US, so people don’t identify themselves as “fifth-generation Chinese-French”, for instance. They’re just French. (We can argue about whether that’s a good or a bad thing, but it’s a different dynamic).

(with many thanks to Tricia Sullivan, for encouraging me to put this into words and helping me with the first draft of this; and for Alisa Krasnostein, for sparking our twitter conversation on serial killers in mysteries)