Part 2 of the Codexian blog tour, in which the amazing Nancy Fulda tells us about writing and sculpture:

The Renaissance sculptor Michelangelo once said: “I saw the angel in the marble and carved until I set him free.”

He also said: “The marble not yet carved can hold the form of every thought the greatest artist has.”

In this, I think, sculpting is not so very different than writing. As authors, we stand like Michelangelo before the lump of our incompleted stories, stupefied not by lack of ideas, but by their plethora. An unfinished story is full of potential. It might become anything: an action-adventure saga, a conflicted character story, an incisive satire.

It is this potential that dazzles us. And it is this same potential which so often causes us to stumble.

A story is defined, not so much by what it is, but by what it is not. Faced with the rough surface of a draft that has not yet been freed from the stone, the writer might feel tempted to do it all: concentrate on character and plot and symbolism and prose style. He is afraid to cut away too much, and so his chisel strokes are awkward, and hesitant, and ultimately unsatisfactory. The angel within the stone remains buried beneath a jumble of beautiful clutter.

Michelangelo said, “The more the marbles wastes, the more the statue grows.” This is, I believe, an early incarnation of the well-known injunction to Murder Your Darlings.

All life is nurtured by death, and a story is defined not so much by what it is, but by what it is not. Our fiction cannot take on life unless we are willing destroy all of the beautiful possibilities but one: the best one. We must be willing to slay the poetic character story in order to set the action-adventure free. We must murder the satire so that drama can rise from its ashes.

I hear objections shouted from the crowd already.

Yes, of course it’s possible to mingle plot with characterization. Like Abraham, we are sometimes spared from destroying something precious in the pursuit of something we treasure even more. But let’s remember something about Abraham: he was firm in his priorities.

You want a deeply conflicted protagonist who fights bad guys with paperclips, and by the way, he loves to compose limericks? Fair enough, but you’d better figure out which of those three elements is most important to you, because if any of the others get in its way, you’re going to have to clear them out. Failure to do so will imprison your angel.

This is why critique groups can be so frustrating, by the way. Each critiquer gives voice to one of the thousand Stories-That-Might-Have-Been. Each of them calls for a distinct, if superficially similar, narrative. It’s no wonder new authors sometimes feel lost in the babble.

The only solution is to find your angel. Your angel, not anyone else’s.

In other words, find your rough draft’s dominant draw — the aspect of the story that ignites your aesthetic passion, the part of it you love most. That’s your angel.

A story’s ending is often indicative, here. Critiquers may complain that the end doesn’t mesh with themes presented earlier. That’s because the writer was still exploring ideas. At the end of the first draft, when it’s time to wrap things up, his subconscious emphasizes those elements which have become most meaningful to him — and they are often not the same elements that dominated the opening scenes.

For heaven’s sakes, folks, don’t smother your angels! Be very cautious if someone tells you to change your ending. Ask yourself whether it’s the beginning that ought to change, instead.

And if it seems like a lot of work along the way? And if we’re tempted to feel jealous of the people who do it better than we do?

Well, a certain Renaissance sculptor once said: “If people knew how hard I worked to get my mastery, it wouldn’t seem so wonderful at all.” 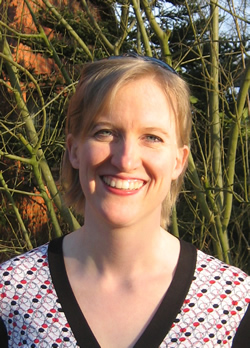 Nancy Fulda’s fiction has appeared in venues including Asimov’s, Jim Baen’s Universe, and Norilana Books’ Warrior, Wisewoman anthology. She is a Phobos Award recipient, a two-time WOTF Finalist, and an assistant editor at Jim Baen’s Universe. Nancy also manages the custom anthology web site at http://www.anthologybuilder.com, where visitors can assemble a print-ready anthology of stories by prominent authors. Nancy keeps a blog at http://nancyfulda.livejournal.com. She lives in Germany with her husband, their three children, and no cats. You can order a collection of her short fiction here.