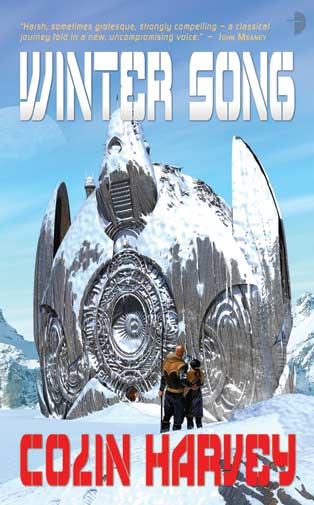 The planet had fallen off the map.
When Karl Allman’s spaceship crashed, he had only one question:
“HOW DO I GET OUT OF HERE?”
Rock-hard SF adventure. No one here gets out alive.
FILE UNDER: Science Fiction [Starship Crash / Abandoned Colonists / Alien Slaughter / Hell Planet]

I haven’t read it yet (will order it with next month’s amazon budget), but I had the good fortune to read a draft of Colin’s next book, Damage Time (also coming from Angry Robot), and I can tell you that Colin excels at dark, atmospheric world building, as well as the handling of a strong, diverse cast in unusual situations. Go check it out! (or, failing that, go congratulate him here🙂 )